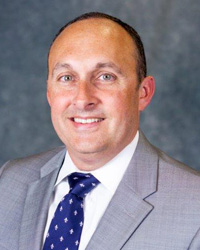 An experienced attorney in the areas of bankruptcy, business restructuring and turnarounds, and mortgage modification mediation, Mr. McConnell has been in practice since 2000. He has a broad background in consumer and corporate bankruptcy, representing both debtors and creditors in all Chapters. Mr. McConnell also has vast experience serving as attorney for the Chapter 7 Trustees. This combined experience has provided him the opportunity to represent businesses in financial peril, but intervene prior to needing to file bankruptcy and accomplish successful turnarounds. Mr. McConnell is also a Certified Circuit Mediator and has been appointed as Mediator on over 100 Mortgage Modification Mediations.

Mr. McConnell has built a reputation among his peers and the judiciary as problem solver, having been called upon on multiple occasions to step into difficult situations to facilitate a resolution. Mr. McConnell also has experience guiding corporations through internal reorganizations to promote profitability and sustainability.